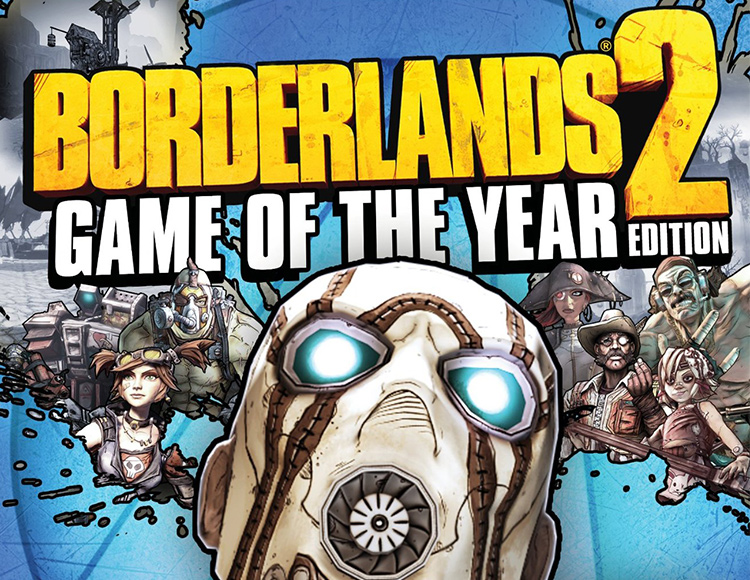 Uploaded: 18.04.2019
Content: borderlands_2_game_of_the_year_edition_0020.txt 0,02 kB
Loyalty discount! If the total amount of your purchases from the seller servicesoft more than:
If you want to know your discount rate, please provide your email:

servicesoft information about the seller and his items
offlineAsk a question

After payment you will receive a link where you can get the license key Borderlands 2: Game of the Year Edition from the official supplier - the Buka company, for activation in the STEAM system.

1. You need to download and install Steam http://store.steampowered.com/ (if not already installed)
2. Register a new account on Steam or go to an existing one.
3. Go to the "My Games" section and select "Activate via Steam", enter the key.
4. The game after activation appears in the list of games and you can download it from Steam.
5. Enjoy the game.

Game of The Year Edition includes:

A new era of insane skirmishes and gambling looting is approaching! Play as one of four new treasure hunters fighting different creatures, psychos and one evil genius, Handsome Jack. Arm your friends with a buzzillion different guns and fight together in a cooperative mode for four people. Follow the difficult path of revenge through the unpredictable and living world of the planet Pandora.

- Four new character classes are available for the game: Siren, Commando, Ganzerker and Assassin. Try yourself in the role of Ganzerker, whose deadly abilities allow him to simultaneously use any two guns found in the game. And this is just the beginning: developing this skill, you can do fantastic things with weapons. A couple of machine guns? Cool. A pair of rocket launchers? Of course! Two sniper rifles? Easy if you like it better. Other classes, of course, have their trump cards up their sleeve.
- Share your adventures with friends in a dashing cooperative mode both over the Internet and in a local network. A “seamless” multiplayer system allows you to connect to different sessions without restarting the game itself. And most importantly - you can use your equipment in any campaigns.
- This time your adventure begins in the frosty tundra of Pandora, where Handsome Jack, the head of Hyperion Corporation, threw you to die. Walk your way to retribution, reveal the sinister plans of the Hyperion Corporation and deal with their head, a criminal of universal proportions, Handsome Jack. (Yes, and by the way, it was he who appropriated the laurels of the discoverer of the Warehouse!)
- The new system for creating game content is responsible not only for weapons, but also for shields, grenades, relics, class modifiers, and much more. And you still thought there were a lot of things in the first part?
- Hunt in completely new regions of Pandora. From the Arctic tundra to the dangers of steppes and mysterious caves, the planet will amaze you with a diverse and unpredictable living world.
“Together with the new territories, Borderlands also came with their inhabitants: gorillopodimi bullimongs, predatory stalkers and the mechanical army of Hyperion, led by Handsome Jack.
“And this is just a small example of monsters waiting to meet you.”

Lord Of The Rings. War in the North. (Scan, of. Deal) ACTION